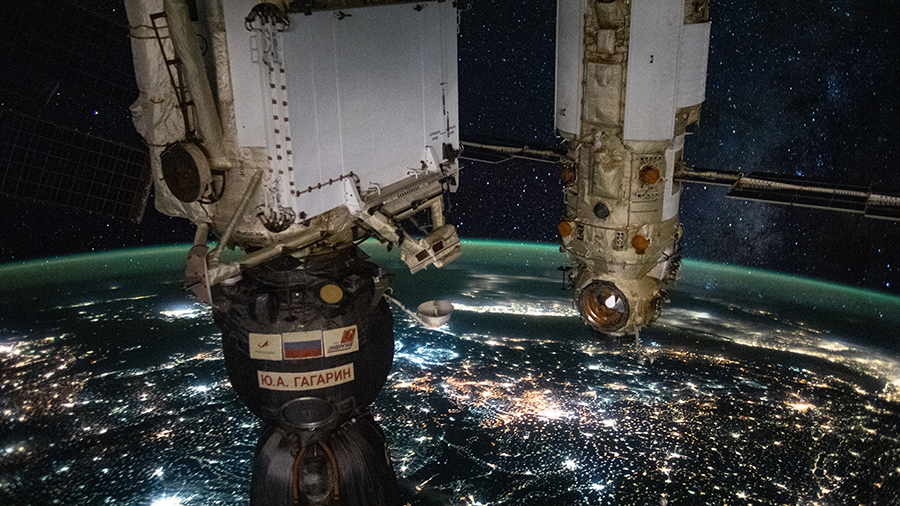 A 3D virtual reality camera that filmed Sunday’s spacewalk has been returned to the inside of the International Space Station. Meanwhile, the Expedition 65 continued its space biology research and lab maintenance activities on Thursday.

A specialized video camera that filmed Sunday’s spacewalk in immersive virtual reality was grappled by the Canadarm2 robotic arm and placed on a pallet outside of the Kibo laboratory module. The camera was retracted into Kibo’s airlock Thursday morning where ESA (European Space Agency) Flight Engineer Thomas Pesquet retrieved and stowed it. The cinematic videos are part of a research program called ISS (international Space Station) Experience and are downlinked to Earth to excite and bring gravity-bound audiences closer to space.

Commander Akihiko Hoshide of the Japan Aerospace Exploration (JAXA) spent Thursday morning setting up computers and cables before reconfiguring the Cell Biology Experiment Facility for upcoming research. In the afternoon, Hoshide installed a light on a spacesuit helmet then worked on transfers from the SpaceX Cargo Dragon resupply ship.