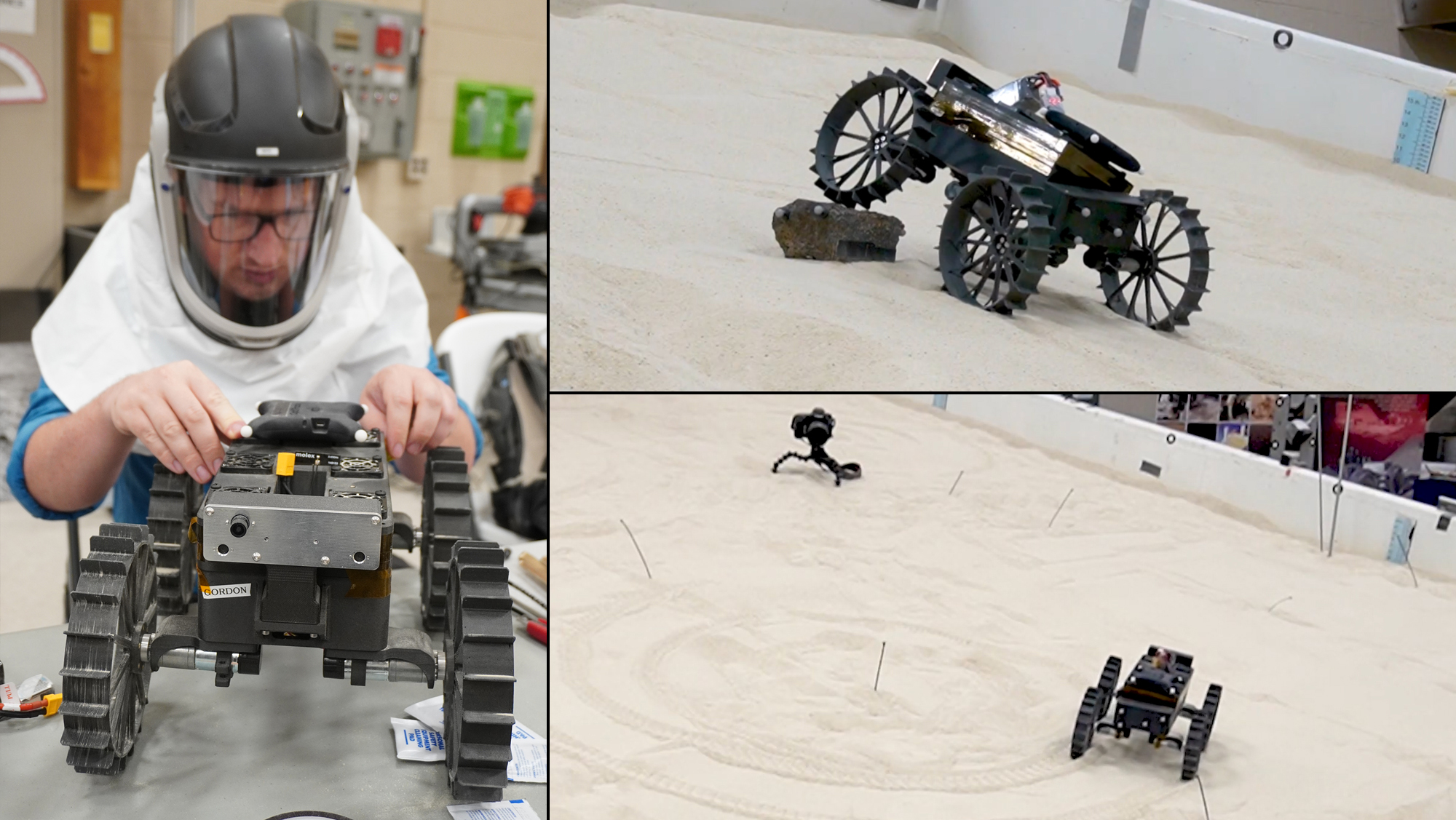 “If the wheel slips, the rover might think it has gone farther than it has actually traveled, since GPS technology isn’t yet developed for the Moon,” Schepelmann said.

Characterizing this slip is an important input to the rovers’ algorithms that determine position. The CADRE software will also use data from an inertial measurement unit, stereo cameras, and a Sun sensor to track the position of each scout as they explore the lunar surface.

According to Schepelmann, the CADRE robots utilize spoked wheels, like the wheels on the VIPER rover, which will be delivered to the Moon in late 2023 to look for ice and other resources.

The CADRE rovers continue to be developed and tested at JPL. CADRE is targeted to fly as a technology demonstration on a commercial robotic lander within the next five years via NASA’s Commercial Lunar Payload Services (CLPS) Initiative.