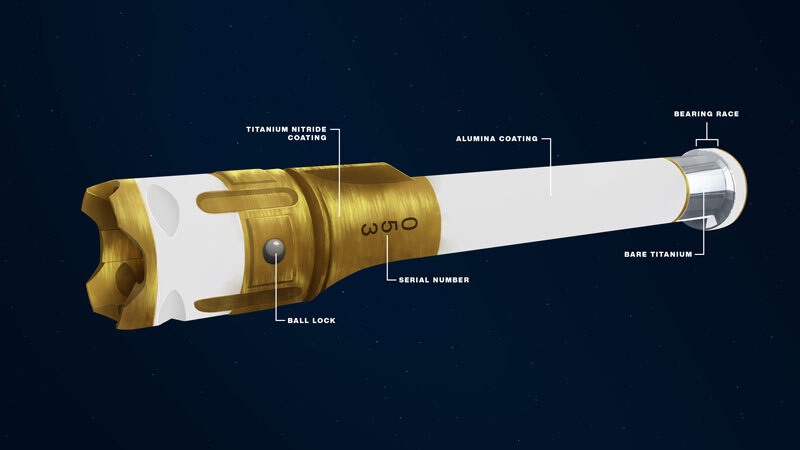 Anatomy of a Sample Tube: This illustration depicts the exterior of a sample tube being carried aboard the Mars 2020 Perseverance rover. Credits: NASA/JPL-Caltech. Full image and caption ›

The planetary science community has, for decades, worked toward returning samples from another planet – something that has never been done in the history of spaceflight. With one command sent to the rover from JPL, for the first time ever, a spacecraft will core a scientifically-selected rock on another planet, and then seal and store this sample for eventual return to Earth.

Returning samples from Mars has been a horizon goal of planetary exploration since its inception. This is a moment countless scientists and engineers around the globe – including myself – have been focused on for decades. As a student in high school, I was inspired to consider an aerospace engineering educational path by such plans. As a young engineer at NASA, this quest consumed the first decade of my career.

Every mission to Mars has been a stepping stone for this goal, building the knowledge and capabilities to not just land the car-sized, nuclear-powered Perseverance rover on Mars, but outfit it with the appropriate science instruments to identify the most compelling samples and acquire them with the cleanest and most-sophisticated sampling system ever sent to space.

Like any grand challenge, progress to this historic milestone has been characterized in fits and starts. However, with Perseverance now on the Mars surface and the formulation of the next missions underway, the planetary science community has never been closer to this long-time goal.

Now the real work begins. In the coming years, guided by the careful analysis of hundreds of scientists across the globe, as many as 38 different samples from a variety of geologic units and surface materials will be cored, sealed, and cached by Perseverance. Simultaneously on Earth, a joint U.S. and European team is developing the landing systems, containment technology, robotic arms, Mars ascent system, rendezvous and orbital transfer systems, and a host of other systems required to bring these samples back to Earth.

As the first roundtrip mission to another planet, Mars Sample Return is a pathfinder that will pave the way for the next journey of discovery — human exploration of Mars.

While there is much science that can be done on Mars by rovers like Perseverance, there are certain investigations (e.g., geochronology through isotope-dating) that can only be done with large-scale equipment in labs here on Earth. Want to know specifically how old Mars is? Gotta bring back samples. How about the detailed history of water, climate, or the potential for past life on Mars? Requires sample analysis in a lab here on Earth.

Later today, Martian surface sample acquisition will begin when JPL sends the signal to grab that first jewel to be stored in the Perseverance treasure chest.

The treasure hunt is about to start.