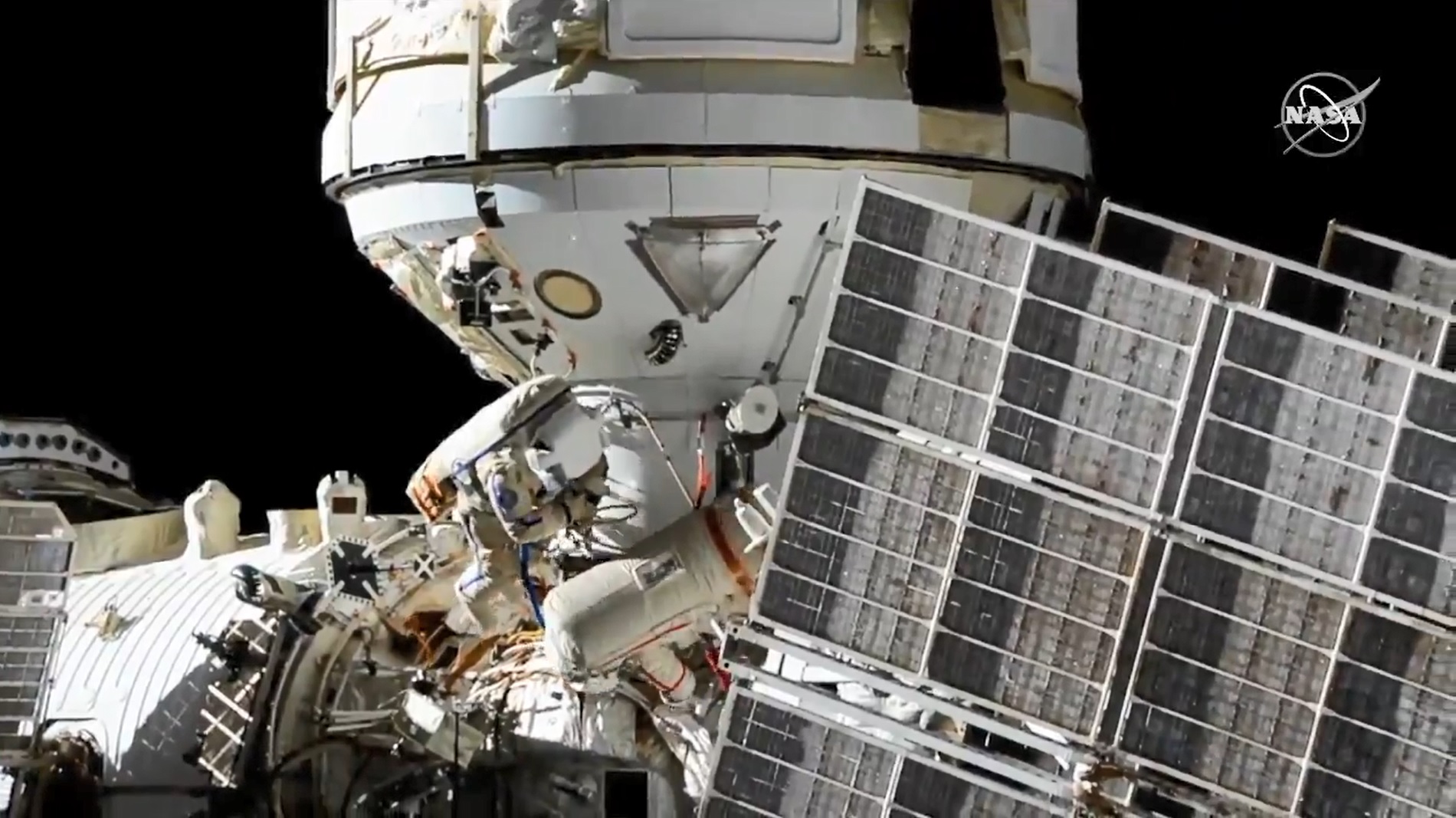 Russian cosmonauts Oleg Novitskiy and Pyotr Dubrov of Roscosmos concluded their spacewalk at 6:35 p.m. EDT after 7 hours and 54 minutes. It is the first of up to 11 spacewalks to prepare the new Nauka multipurpose laboratory module for operations in space.

Novitskiy and Dubrov completed the major objective for today to connect power cables between the recently arrived Nauka module and the Zarya module to enable the routing of electricity from the U.S. segment of the station to Nauka. Checkouts of the two electrical power cable systems from Zarya to Nauka were successful. They also partially installed one new handrail.

Tasks deferred to a future spacewalk are to install two additional handrails to enable spacewalkers to maneuver to and about Nauka more easily, make the final connection for the ethernet cable the duo partially routed today, deploy a science investigation, jettison the ethernet cable reel following the completion of the connection, and take imagery of the Russian segment of the station.

The duo will continue work during a second spacewalk on Thursday, Sept. 9; coverage on NASA Television, the NASA app, and agency’s website will begin at 10:30 a.m. with the spacewalk expected to begin about 11 a.m. and last about five hours.

This was the 10th spacewalk this year and the 242nd overall in support of space station assembly, maintenance and upgrades. Spacewalkers have now spent a total of 63 days, 15 hours, and 35 minutes working outside the station.

It is the second spacewalk for both cosmonauts, both of whom have now spent a total of 15 hours and 13 minutes spacewalking.

In November 2020, the International Space Station surpassed its 20-year milestone of continuous human presence, providing opportunities for unique research and technological demonstrations that help prepare for long-duration missions to the Moon and Mars and also improve life on Earth. In that time, 244 people from 19 countries have visited the orbiting laboratory that has hosted nearly 3,000 research investigations from researchers in 108 countries and areas.

Learn more about station activities by following the space station blog, @space_station and @ISS_Research on Twitter as well as the ISS Facebook and ISS Instagram accounts.