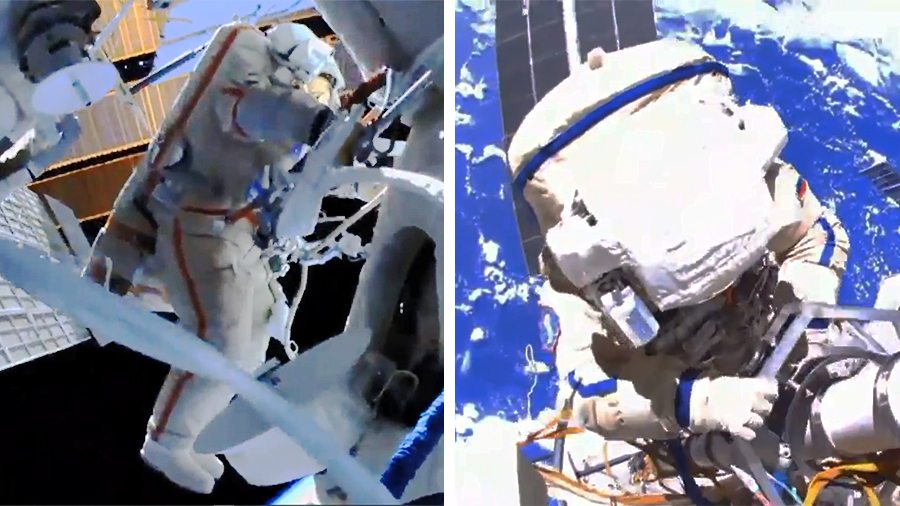 Russian cosmonauts Oleg Novitskiy and Pyotr Dubrov of Roscosmos concluded their spacewalk at 6:16 p.m. EDT after 7 hours and 25 minutes. It was the second of up to 11 spacewalks to prepare the new Nauka multipurpose laboratory module for operations in space.

This was the 11th spacewalk this year and the 243rd overall in support of space station assembly, maintenance and upgrades. Spacewalkers have now spent a total of 63 days and 23 hours working outside the station.

It is the third spacewalk for both cosmonauts, both of whom have now spent a total of 22 hours and 38 minutes spacewalking.

In November 2020, the International Space Station surpassed its 20-year milestone of continuous human presence, providing opportunities for unique research and technological demonstrations that help prepare for long-duration missions to the Moon and Mars and also improve life on Earth. In that time, 244 people from 19 countries have visited the orbiting laboratory that has hosted nearly 3,000 research investigations from researchers in 108 countries and areas.