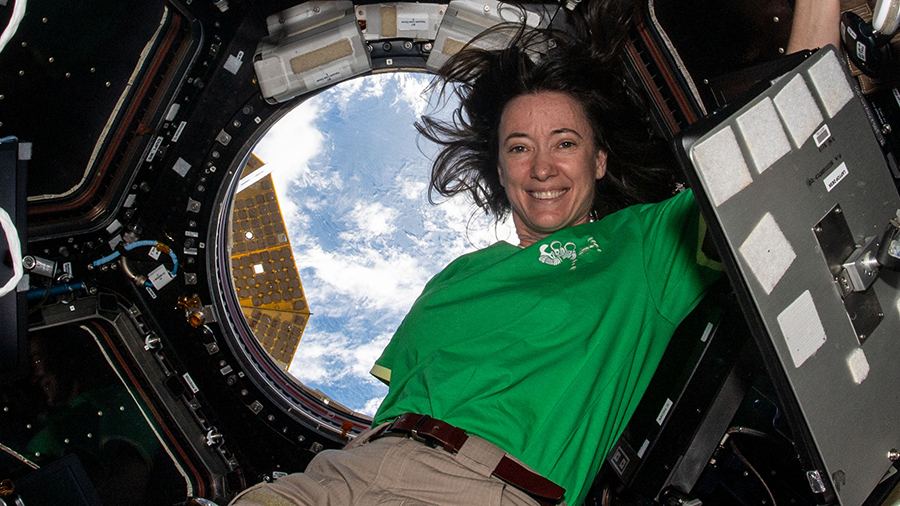 The Expedition 65 crew is gearing up for next week’s relocation of their Soyuz crew ship to the International Space Station’s newest science module.

The pace of traffic at the orbiting lab picks up next week as three crewmates prepare to move their Soyuz crew ship to a new port. Two days later, a U.S. resupply ship will be next when it departs the station to return to Earth loaded with cargo and science experiments.

Three station crew members will enter their Soyuz MS-18 crew ship next Tuesday and take a short ride to another port. The trio, led by cosmonaut Oleg Novitskiy flanked by NASA Flight Engineer Mark Vande Hei and Roscosmos Flight Engineer Pyotr Dubrov, will first back away from the space-facing Poisk module at 8:21 a.m. EDT. They will do a half-circle around the station and dock less than 45 minutes later to Russia’s Nauka multipurpose laboratory module.

Next Thursday, the SpaceX Cargo Dragon will undock from the Harmony module’s international docking adapter at 9:05 a.m. It will splashdown off the coast of Florida about 14 hours later where SpaceX and NASA personnel will retrieve the vehicle and begin unpacking its precious cargo.