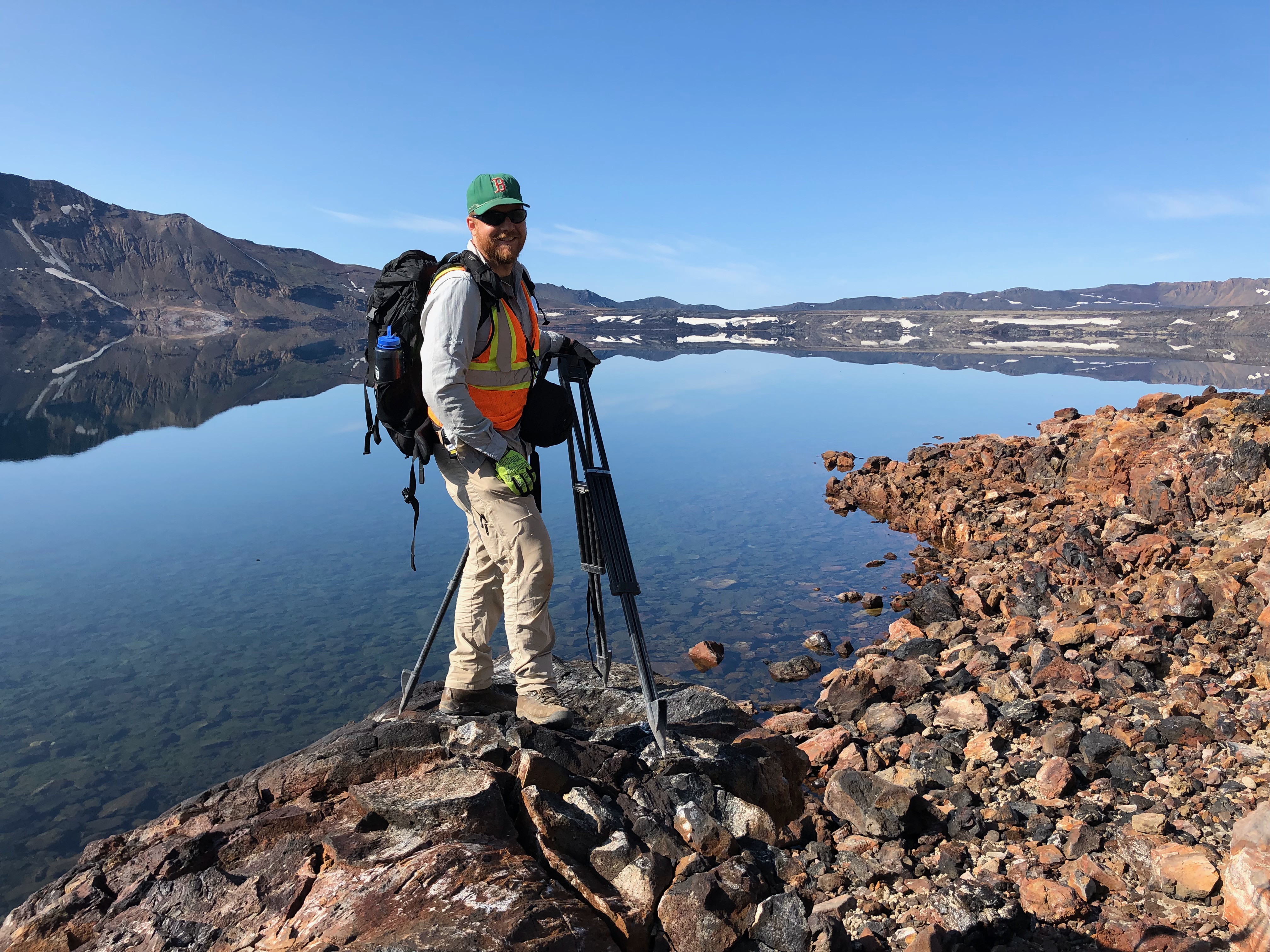 “So we picked it up at that point and said, ‘OK, well, these are minerals that are associated with altered volcanic ash, which has already been documented, so now we’re going to look at how the minerals are distributed to see if they follow the pattern we would expect to see from super eruptions,” Matiella Novak said.

The team used images from MRO’s Compact Reconnaissance Imaging Spectrometer for Mars to identify the minerals in the surface. Looking in the walls of canyons and craters from hundreds to thousands of miles from the calderas, where the ash would have been carried by wind, they identified volcanic minerals turned to clay by water, including montmorillonite, imogolite, and allophane. Then, using images from MRO cameras, the team made three-dimensional topographic maps of Arabia Terra. By laying the mineral data over the topographic maps of the canyons and craters analyzed, the researchers could see in the mineral-rich deposits that the layers of ash were very well preserved – instead of getting jumbled by winds and water, the ash was layered in the same way it would have been when it was fresh.

“That’s when I realized this isn’t a fluke, this is a real signal,” said Jacob Richardson, a geologist at NASA Goddard who worked with Whelley and Novak. “We’re actually seeing what was predicted and that was the most exciting moment for me.”

The same scientists who originally identified the calderas in 2013 also calculated how much material would have exploded from the volcanoes, based on the volume of each caldera. This information allowed Whelley and his colleagues to calculate the number of eruptions needed to produce the thickness of ash they found. It turned out there were thousands of eruptions, Whelley said.

One remaining question is how a planet can have only one type of volcano littering a region. On Earth volcanoes capable of super eruptions – the most recent erupted 76,000 years ago in Sumatra, Indonesia – are dispersed around the globe and exist in the same areas as other volcano types. Mars, too, has many other types of volcanoes, including the biggest volcano in the solar system, called Olympus Mons. Olympus Mons is 100 times larger by volume than Earth’s largest volcano of Mauna Loa in Hawaii, and is known as a “shield volcano,” which drains lava down a gently sloping mountain. Arabia Terra so far has the only evidence of explosive volcanoes on Mars.

It’s possible that super-eruptive volcanoes were concentrated in regions on Earth but have been eroded physically and chemically or moved around the globe as continents shifted due to plate tectonics. These types of explosive volcanoes also could exist in regions of Jupiter’s moon Io or could have been clustered on Venus. Whatever the case may be, Richardson hopes Arabia Terra will teach scientists something new about geological processes that help shape planets and moons.

“People are going to read our paper and go, ‘How? How could Mars do that? How can such a tiny planet melt enough rock to power thousands of super eruptions in one location?’” he said. “I hope these questions bring about a lot of other research.