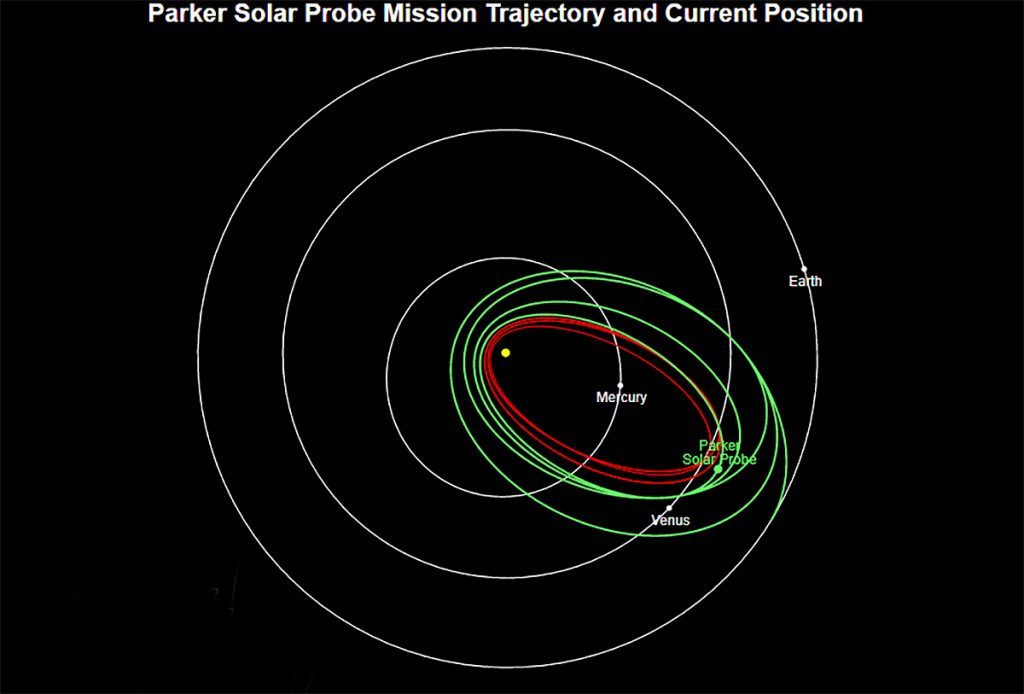 On Sept. 29, NASA’s Parker Solar Probe completed a quick maneuver that positioned the spacecraft for a flyby of Venus next month.

The maneuver, monitored from the mission operations center at the Johns Hopkins Applied Physics Laboratory in Laurel, Maryland, lasted just five seconds and trimmed the spacecraft’s velocity by 9.7 centimeters per second, or less than a third of a mile per hour. But it was critical for keeping Parker Solar Probe on pace for its next pass by Venus on Oct. 16, when it will use the planet’s gravity to swing toward its tenth close approach to the Sun.

Parker Solar Probe, which was designed and built at APL, is healthy and its systems are operating normally. The spacecraft completed its ninth solar encounter on Aug. 15, at closest approach coming within 6.5 million miles (10.4 million kilometers) of the Sun’s surface. The upcoming Venus gravity assist will send the spacecraft even closer to the Sun’s blazing surface – about 5.6 million miles (9 million kilometers) – on Nov. 21.