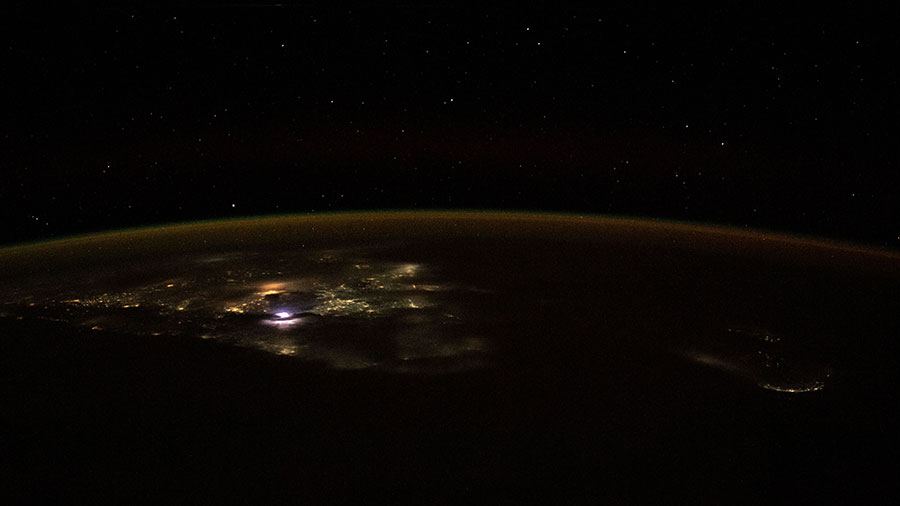 Four International Space Station astronauts continue packing their U.S. spacecraft as they plan for a return to Earth this month. Meanwhile, the Expedition 66 crew continued its ongoing space research and maintenance aboard the orbital lab.

Flight Engineers Shane Kimbrough and Megan McArthur of NASA, who are also the commander and pilot of NASA’s SpaceX Crew-2 mission respectively, have been loading and readying the Crew Dragon Endeavour for its upcoming undocking and splashdown. The duo may undock for the ride back to Earth as early as Sunday, Nov. 7, with astronauts Akihiko Hoshide of the Japan Aerospace Exploration Agency (JAXA) and Thomas Pesquet of ESA (European Space Agency) ending a mission that began in April. NASA and SpaceX are continuing to review launch and return opportunities for Crew-3 and Crew-2, respectively.

NASA Flight Engineer Mark Vande Hei, who is over halfway through his near yearlong mission, opened up the Microgravity Science Glovebox on Thursday morning and began setting up a semiconductor crystal experiment. The study takes advantage of microgravity and lessons from previous studies to produce higher-quality semiconductor crystals potentially resulting in smaller, more powerful electronic devices.

The station’s two cosmonauts, Pyotr Dubrov and Anton Shkaplerov from Roscosmos, focused their activities today on the docked ISS Progress 78 and 79 resupply ships. The duo checked docking components on the both cargo craft while also unpacking science gear from the Progress 79 spacecraft.