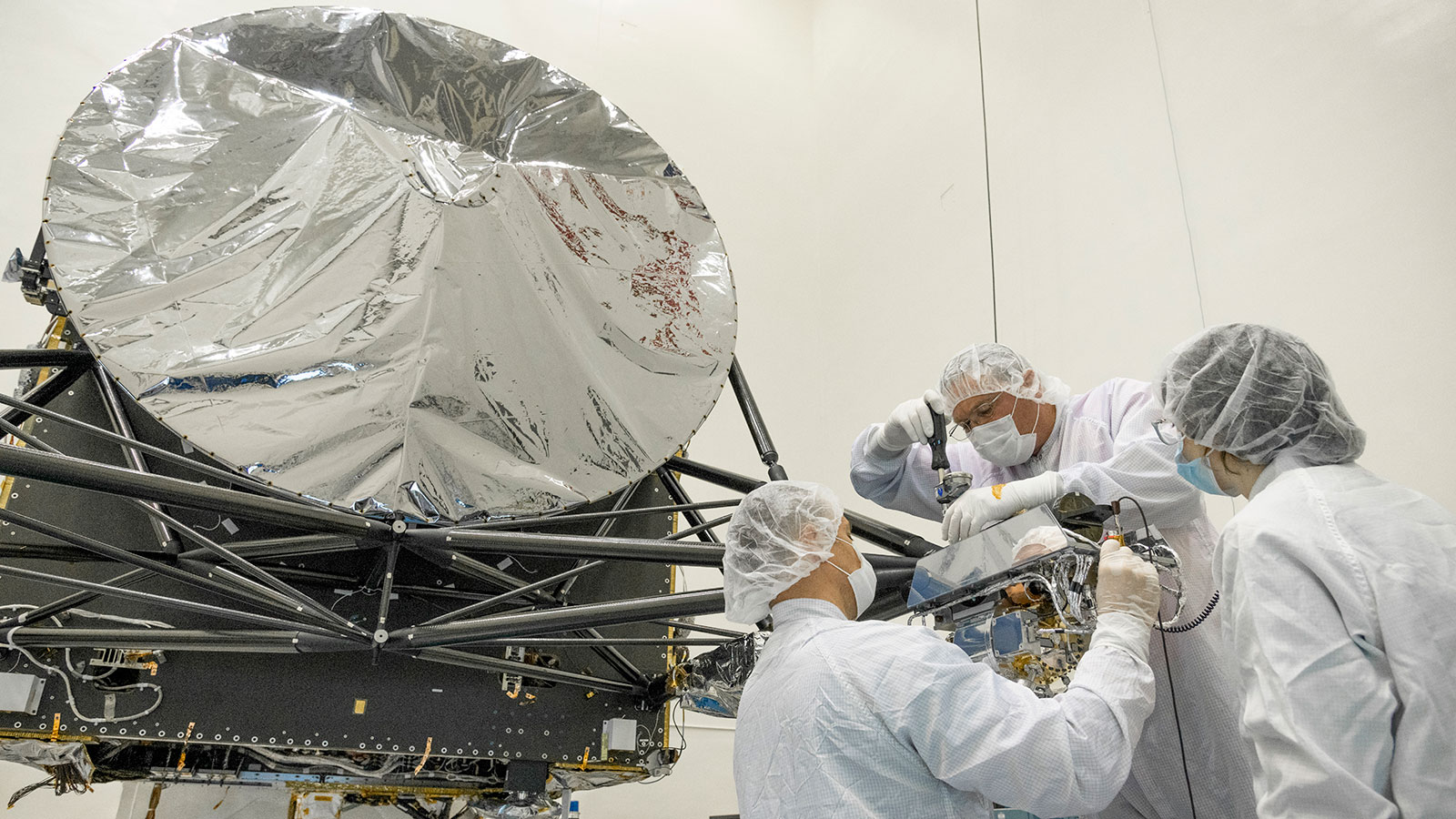 Tools of the Trade

To help figure out the asteroid’s origins, the mission’s science investigation will rely on a magnetometer, a gamma ray and neutron spectrometer, and a multispectral imager. Scientists know that the asteroid doesn’t generate a magnetic field the way Earth does, but if Psyche had a magnetic field in the past, it could still be recorded in the asteroid’s material today. With sensors mounted onto a 6-foot (2-meter) boom, the magnetometer can determine whether Psyche is still magnetized. If so, that would confirm that the asteroid is part of the core of an early planetesimal, the building block of an early planet.

The orbiter’s gamma ray and neutron spectrometer instrument will help scientists determine the asteroid’s chemical elements. As cosmic rays and high-energy particles impact Psyche’s surface, the elements that make up the surface material absorb the energy. The neutrons and gamma rays they emit in response can be detected by the spectrometer, allowing scientists to match their properties to those emitted by known elements to determine what Psyche is made of.

Meanwhile, a pair of color cameras make up the multispectral imager. The imager is sensitive to light just beyond what humans can see, using filters in the ultraviolet and near-infrared wavelengths. The light reflected in these filters could help determine the mineralogy of any rocky material that may exist on Psyche’s surface.

The spacecraft’s telecommunications system will help with the science as well. The X-band radio system is primarily used to send commands to the spacecraft and receive engineering and science data from it. But scientists can also analyze subtle changes in these radio waves to measure the body’s rotation, wobble, mass, and gravity field, providing additional clues about the composition and structure of Psyche’s interior.

But before any of this science analysis gets underway, there will be pictures. By late 2025, three years after launch, Psyche will be within sight of the asteroid, and the imager team will be on high alert.

“Even before we get into orbit, we’ll start getting much better pictures than we can from telescopes on Earth. We’ll start to resolve features, see big craters, crater basins – maybe mountain ranges. Who knows what we’ll see?” said Jim Bell of Arizona State University, deputy principal investigator of Psyche and imager team lead. “All we know is that the reality of Psyche is going to be even weirder and more beautiful than we can imagine.”

ASU leads the Psyche mission. NASA’s Jet Propulsion Laboratory in Southern California is responsible for the mission’s overall management, system engineering, integration and test, and mission operations. The mission phase known as assembly, test and launch operations is currently underway at JPL. By next spring, Psyche will be fully assembled and ready to ship to NASA’s Kennedy Space Center.

JPL also is providing a technology demonstration instrument called Deep Space Optical Communications that will also fly on Psyche, which will test high-data-rate laser communications that could be used by future NASA missions.

Psyche is the 14th mission selected as part of NASA’s Discovery Program.

For more information about NASA’s Psyche mission go to: