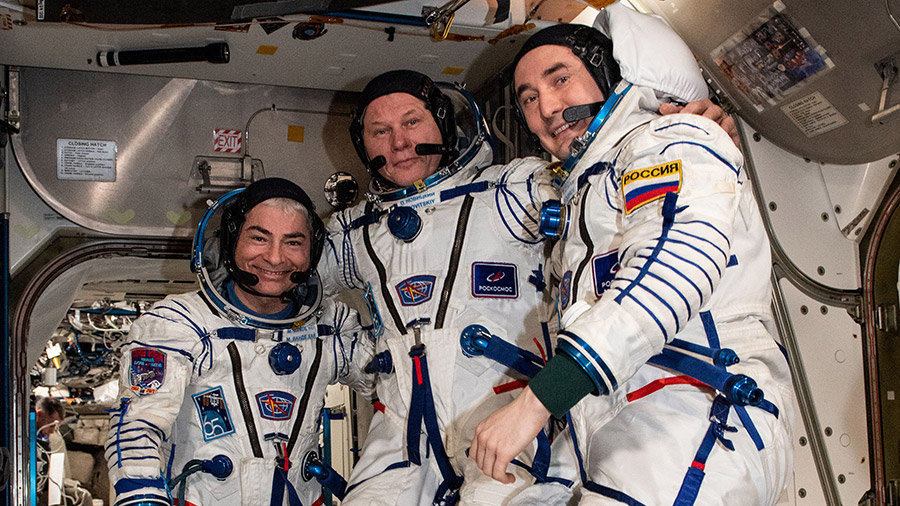 NASA is providing live coverage on NASA Television, the NASA app, and the agency’s website as three residents of the International Space Station prepare to take a short ride aboard a Soyuz MS-18 spacecraft to relocate it in preparation for the arrival of the next set of station crew members.

NASA astronaut Mark Vande Hei and cosmonauts Oleg Novitskiy and Pyotr Dubrov of the Russian Space Agency Roscosmos are in their spacesuits in the Soyuz and are scheduled to undock from the station’s Earth-facing Rassvet module at 8:21 a.m. EDT. The same trio launched and arrived to the space station in that spacecraft on April 9.

They will dock again at the Nauka Multipurpose Laboratory Module at 9 a.m. This will be the first time a spacecraft has attached to the new Nauka module, which arrived at the station in July. This will be the 20th Soyuz port relocation in station history and the first since March 2021.

The relocation will free the Rassvet port for the docking of another Soyuz spacecraft, designated Soyuz MS-19, scheduled to arrive October 5 with Soyuz commander and cosmonaut Anton Shkaplerov of Roscosmos and spaceflight participants Klim Shipenko and Yulia Peresild following a launch from the Baikonur Cosmodrome in Kazakhstan.

Learn more about station activities by following the space station blog, @space_station and @ISS_Research on Twitter as well as the ISS Facebook and ISS Instagram accounts.